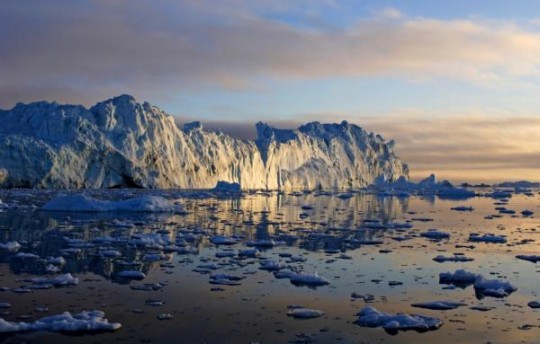 Usually it is hard to pinpoint an exact time where a trend takes off. In this particular case and from a retail perspective it is pretty easy though. I was January 2007 when Marks & Spencer published their Plan A. Not least since they made Tesco come up with their Green Revolution already then month after.

This was the first time we saw massive commitment from European retail chains. Marks & Spencer has allocated 200m Pounds for Plan A, which in the long run will make the chain CO2-neutral.

Tesco’s Green Revolution puts carbon labelling high on the agenda. The goal is that customers eventually will be able to compare various products’ carbon footprint the same way they can compare calories in various food products.
The British chains weren’t the first to realise the need and the customer demand for sustainability, but they were first to put massive demands on themselves and this trend has spread widely in the retail industry.

Sustainability is still pretty cool among consumers, but we are in the very final stage of coolness. That doesn’t mean that sustainability is going to go away, it just means that since the first-mover advantage is gone, the coolness factor is wearing out. This is a good thing, really. Sustainability is about to become imbedded in our every-day lives. Pure logic in the things that companies do.

We are headed towards a stage where the option to chose between something sustainable and something unsustainable is removed. Plastic bags have become an environmental issue politically around the world because it is such a visible place to act.

The classic incandescent bulb is faded out of the market so you will have no choice but to buy energy saving bulbs.
But why stop there? Sooner or later companies, countries, cities and individuals must even out the environmental consequences of their existence.  I believe we will have personal CO2-quotas at some point.
Take BMW’s 7-series in the hydrogen version that comes with an engine that will actively clean the air around it. The air that comes out of the car is actually cleaner than the air that goes into the car. This perfectly illustrates the point.

We have green countries under way. Norway has declared itself CO2-neutral by 2030. That’s pretty good coming from the world’s fifth largest oil exporting country. They won’t be selling their oil to Sweden though, since they strive to be oil-free by 2020.

Politicians are making the promises, but it’s you who will have to meet the goals.
Consumers’ growing knowledge of environment, climate and sustainability coupled with being sceptical about companies that may not be as good as they word is really the best argument for the case of carbon labelling.
We are headed towards a stage where the good tidings of sustainability shouldn’t come from the marketing divisions but in the shape of hard, neutral, comparable data. Carbon labelling will become a standard labelling just as other declarations on food products. It is only a question of time.

There seems to be two schools of thought of how to it.
One is labelling on item level like for instance Tesco does it. The label tells customers the amount of CO2 and other greenhouse gases produced during the life of each product, including use and disposal.
The label also contains tips which will help customers understand the simple actions they can take to help tackle climate change (for example, washing clothes at a lower temperature).
The goal is to let customers choose for themselves.

Tesco and the Carbon Trust says that they hope the labels will help customers begin to make informed choices based on the carbon footprint of products and understand how they can best reduce their carbon footprint. Instead of leaving it up to the consumer you can make the choice on their behalf by cutting down on CO2 in their entire value chain and account for it every year.
Which method will we end up with? It’s hard to say.

Labelling on item level is attractive for the chains because it is so visible. You can show consumers – right by the shelves in the stores – that this chain is doing something for the climate. It has a public relations value than the other method hasn’t. You can even blame consumers if you’re not pulling your weight climate-wise, since it is consumers that make the choice.

The other way however is more in line with my expectations to the future where sustainability is imbedded in our every-day lives. What I do know is that you, the suppliers, will have to account for the carbon footprint of each and every item you produce.

By the way, early experience shows that it is quite easy to track an item’s carbon footprint. It is quite expensive though. But then it’s not an industry in itself yet. It will be, and prices will go down.
We have never been as health conscious as we are now. We are aware of obesity, improving our quality of life, eating more antioxidants and avoiding unnecessary additives in our food. We are more and more aware of organic food as an alternative.

In fact, I believe we are headed for a basic consensus about what is good for us and good for the planet as such. This is something new. Only ten years ago you would still hear people in the public debate arguing that there is no proven connection between smoking and cancer. You just don’t hear that anymore. We are closing the debate on health.
The organic markets are growing most places in Europe. In countries such as Denmark, Switzerland and Austria it is about 7% of the total food market. In other countries it is still a rather small market, but it is growing dramatically.

Norway would be an example. Other places still organics still play a very small part – hello to our Spanish friends.
Even in the most advanced markets few consumers know what exactly it means that food is organically produced. Say, if I have an organic cow and it gets sick – can I medicate it? No one knows these details, but people use the organic label as a check mark showing that the product is basically healthy and basically good for the environment.

We know that the organic consumers are the most faithful. It is very hard to convert a consumer to going organic, but once she is converted, she won’t go back. For these reasons I believe organics will fare well during the coming years – crisis or no crisis. Consumers are without doubt looking to buy cheaper food today than they did a year ago. That goes for organic consumers as well. For this reason organic food at discount stores will be more important during the next couple of years. Once organic food becomes main stream at discount chains the volume market will be huge.

Changing demography is another case for growth within healthy foods. The population of elders is growing rapidly all over Europe. This means more attention to healthy foods, because cynically speaking there has never been so many people out there with risk of diabetes, cardiac disease, high cholesterol and high blood pressure. Most of these consumers do understand that healthy eating is the best cure.

When we talk about sustainability, the subject of waste can’t be avoided. Within all categories of foods waste is huge. I The UK a recent study shows that consumers throw away food worth £10bn every year.
The average UK household needlessly throws away 18% of all food purchased. Families with children throw away 27%. And we’re just talking about food waste in our homes; the waste in the retail stores is enormous as well.
That is not sustainable. It is even unethical in a world, where we are increasingly aware of poverty issues and waste of resources in general.
We throw away lots of stuff everyday, but especially when it is food we throw away it hurts our ethics.
In the long there may be no other solution to the problem than to let the food waste at stores form part of the stores’ energy supply.
Waste will also eventually have to be part of our energy supply at production facilities.

Logistics is another issue for the chains that won’t comes as a surprise to you. So what can we do about it? One is for the manufacturers to work together on transport.  Why should the stores and the environment pay for several delivery trucks from various food suppliers each day?

The other option is to make your deliveries to the chains’ central warehouses and let the chains handle the transport to the individual stores. But they would say that wouldn’t they? We all know that distribution is power. However, something’s got to give in light of the sustainability issue. Transport will be area with huge challenges in the coming years. Everyone agrees on that: consumers, retail chains and lawmakers.

I’d like to close with a few remarks on the current crisis. Discount stores are experiencing growth. Consumers are increasingly focused on price. What does that mean for sustainability? Can we afford it? Can consumers afford it? Can the retail chains?

Interestingly, the first major consumer trend that comes out of the crisis is that people turn themselves against greed. Many people believe that greed is the cause of the crisis.
Negatively it means that consumers mistrust major companies of any kind. Positively though it means that new values are making their way into the way we consume.

Values such as contributing to the common good, being generous, helping other people – and yes, consuming less uninhibited.
Values are important because they form the basis of status symbols. And the retail industry is always looking for status symbols – because those are the ones they can sell us. We still – even after the crisis – consume our way to status in other people’s eyes, but the status symbols keep changing.
For instance, a couple of years ago I could achieve status from buying a four-wheel-drive off-road vehicle. Those days are over. These days, people will actually spray paint four-wheel-drives in disgust.

No, he said that any company should give up its business model if it doesn’t enable the company to contribute to a better society.  He said we should base our selves on sustainable energy sources.
He said that the time has come for compromise and to throw anyway our selfishness.

Maybe Mr. Scott was as cynical as ever, but he spoke in a language that lots and lots of people understand right here and now – and in the following years. He set the agenda for some very important market drivers in the near future. Contribute to a better world, be something for others, seek common ground, lose the selfishness. It doesn’t come overnight. But the good news is that when it comes to sustainability you don’t have to be world champion at it from day one.

Sustainability has to do with credibility. You can show that you care and you can make your initiatives visible. And be honest about it, if you’re taking it step by step. The important thing to understand is that both retail chains and their suppliers are expected to bring more to the table today than just products.